Make sure that the bot has the manage role permission and that the bot's role is above the role it is trying to assign.

If you want to use any of the rolemenu commands, you need to have the MANAGE_GUILD permission, or the Manage Server permission. This is hardcoded, meaning that command overrides will not affect it.

Simply give the role command a name and then select which role you want the bot to assign to the person.

Require role: Requires a person to have a certain role in order for them to give themselves this role. Ignore role: Ignore any person who has this role. Group: Put the role in a role group (will be explained more further down).

Role groups are essential if you want to set up a role menu.

Role groups are useful for applying restrictions on a group of roles such as only being able to have one or the other role etc. They're also essential if you want to create a role menu. To create one, simply give the role group a name and then select which mode you want the role group to use

Every role group, even Ungrouped has the option to delete all roles inside that group, other groups will not be affected. Be careful with that, it's permanent and can't be undone.

Require role: requires a person to have a certain role in order for them to give them this role. Ignore role: Ignore any person who has this role. Mode: Select between none, single, multiple to restrict the number of roles they can assign them themselves.

Role groups have additional options that can be enabled/disabled by selecting the corresponding checkbox such as:

Say you have a server with 3 factions and want people to be able to assign their own faction when they join. That's simple enough - all we have to do is:

Now everyone can assign themselves a faction! There are a couple of issues with this setup though:

To fix these problems we can create a new group with the mode Single and assign the previous role commands to that group. Great! Now we can only have 1 faction! How can we solve jumping between factions then? You can enable the Require 1 role in group setting, now they can't remove roles in the group, and they can have max. 1 role in the group, so they can't jump around anymore!

Adding roles to the role group

Roles can only be assigned to one group.

Refer back to the optional features for roles and select the role group you want to assign the role to.

Make sure you created your role commands and assigned them a role group before starting. Role menu will NOT work if you have not done so.

The role menu makes it possible to have people assign roles by adding reactions to a message.

A role menu can only support up to 20 roles due to the reaction limit discord places on messages. If your role group has more then twenty you have to use finish sub-command and then add the rest of roles to a new message with -skip flag.

To set up a role menu, the related roles have to be added to a role group, then you invoke the command -rolemenu create (role group name)

The group mode and other restrictions from the role group and role still apply to the roles in the role menu. After you type in the command, you will be taken through the setup process. If you want to disable DMs, create a custom message, or add new role to your role menu, be sure to read until the end.

Make sure you created your role commands and assigned them a role group before starting. Role menu will NOT work if you have not done so. All switches and flags (nodm, rr, etc...) start with hyphen symbol -, not your prefix.

Once you've made your role commands and assigned them to a role group, go to the channel in Discord where you want the role menu to be created. There you type -rolemenu create (role group name) (in my example, the role group name is "Gender").

As you can see the bot started creating the menu. It'll ask you to add the emoji for a role. In this case the role is the Female role. I'll react on the message with emote I want associated with the female role.

Make sure to react on the original message (The one with the other reaction) If you add it to the other message of the bot, it won't do anything.

Now the bot wants you to react on the first message for the next role, in this case the Male role.

From now on people can start using the menu by clicking on the specific reaction. The unnecessary message will be automatically deleted in a couple of minutes.

To create a custom message for your role menu like event role menu you saw above, you will need to send a message. Then get the ID of the message by following the steps in how to get a message ID and type in the following command, -rolemenu create (group name) -m (message id). You would then complete the role menu like you would any normal role menu

If you do not want the bot to send you a DM when you are given or removed from a role, type in the following command -rolemenu update (message id) -nodm

After you have finish editing or creating your role menu, it will display whether DM notifications are enabled or not.

Note that YAGPDB does not allow you to disable warning DMs such as cool-down messages with the nodm switch or any other method.

Remove roles on reaction remove, this means instead of the old toggling mode, adding reactions will strictly give you the role, and removing reactions will only take away the role from you. This mode will be on by default for new menus.

If you want to remove a role menu from a message, you can type in -rolemenu remove (message id) It will remove the role-menu from a message. The message itself won't be deleted but the bot will now not do anything with reactions on that message.

If you edit your reaction emotes or simply want to give your emote a new clean slate. You can reset all the reactions by typing in-rolemenu resetreactions (message id) It will remove all reactions on this menu and re-adds them, can be used to fix the order.

If you added a new role to your role group, you can update your role menu. Update it by typing in-rolemenu update (message id)and follow the instructions given. If you removed a role, you will have to delete it and make a new one from scratch.

How to get a message ID (Desktop)

Make sure you have developer mode turned on in your discord settings. 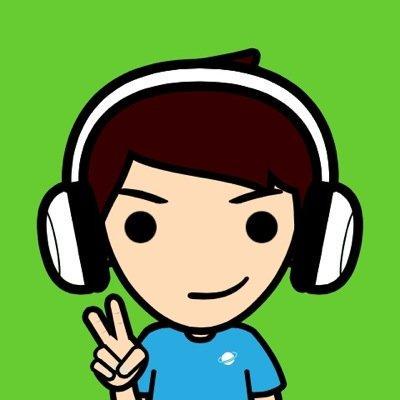